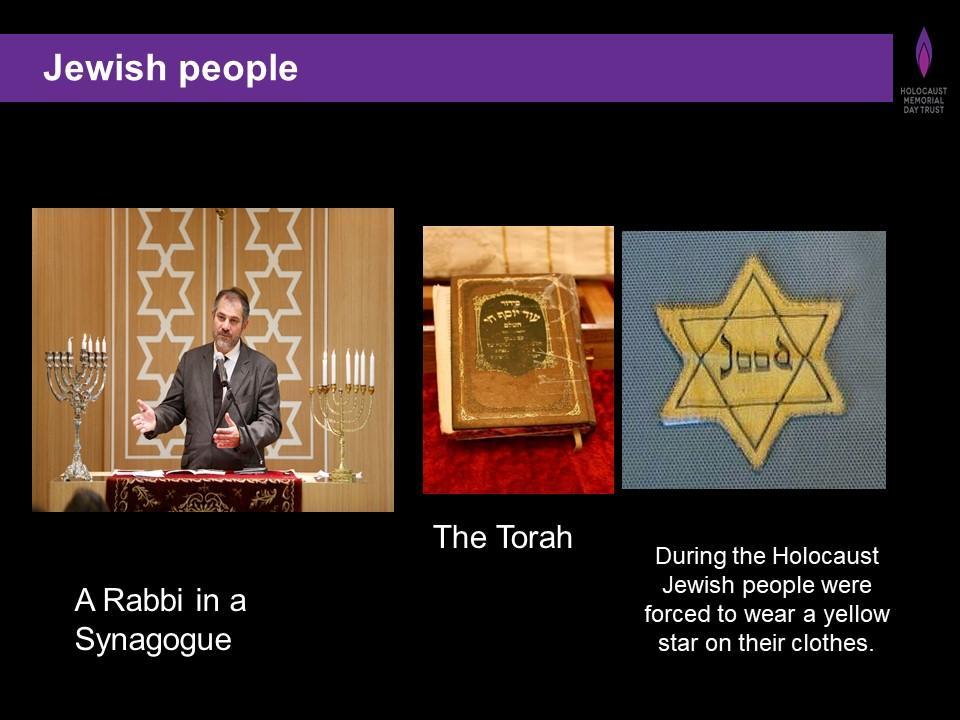 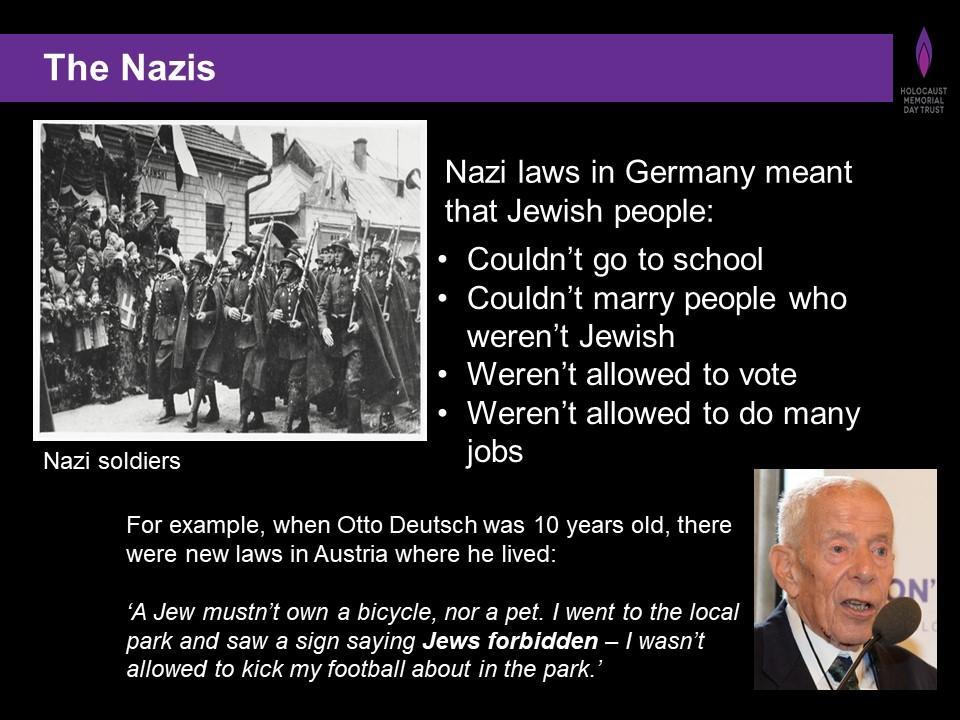 They explained what happened to Jewish people during the Nazi regime in the 1930s and 1940s. 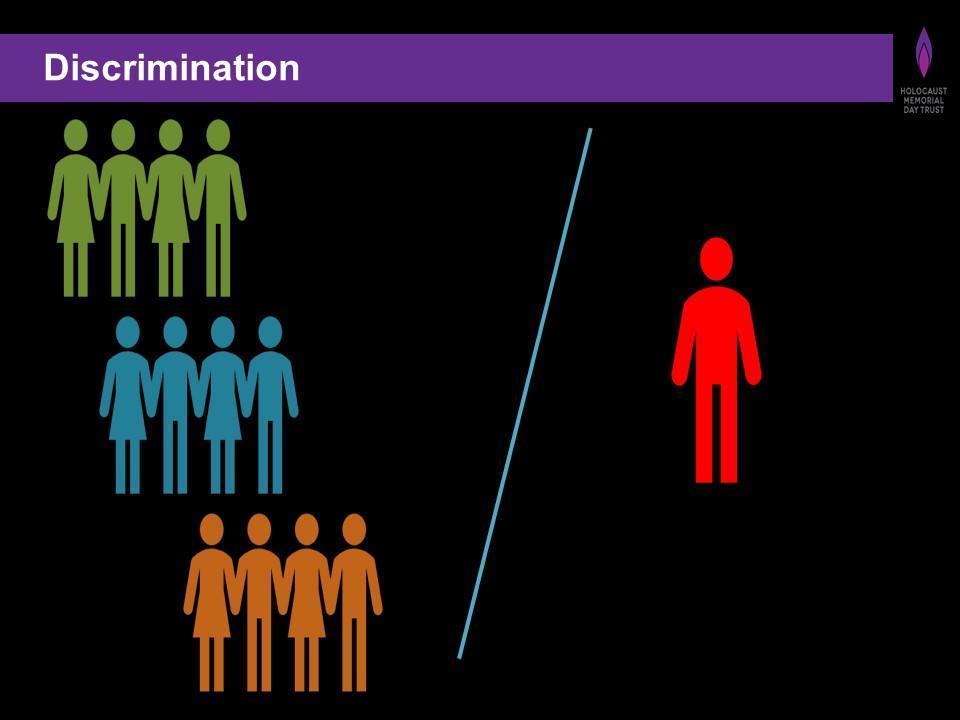 They talked about and demonstrated how segration made Jewish people feel, and how it still feels today when someone (of any race, religion, ethnicity etc) is excluded. Pupils were very quick to explain how our Christian value of Respect means that we don't see this in school. 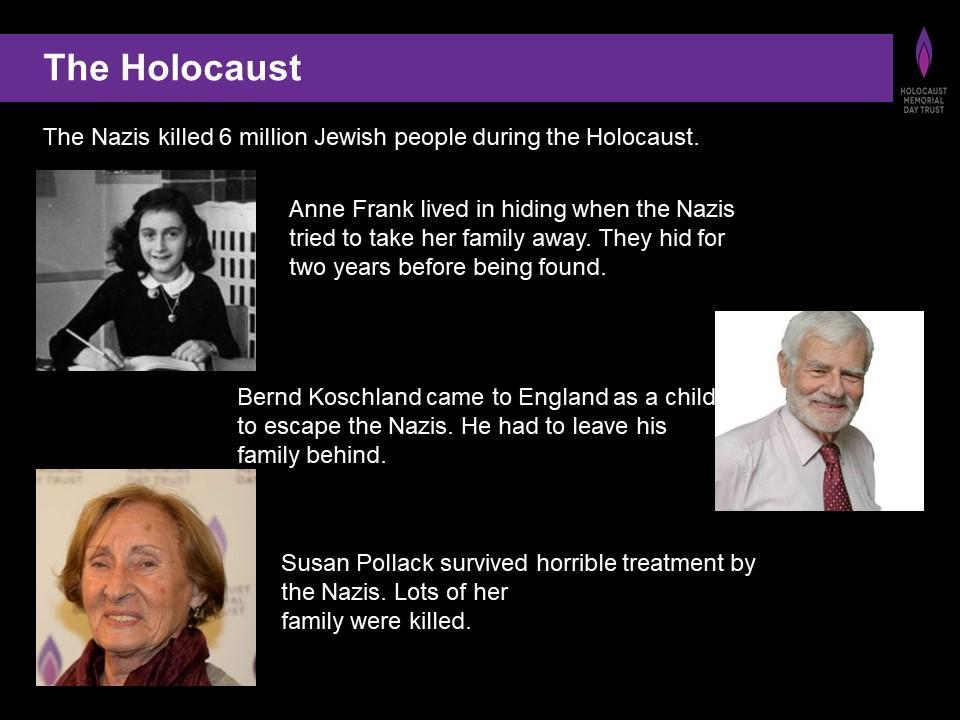 Leading Lights researched and presented information about Jewish people who had lost so much during this period. Some had become famous, like Anne Frank, and others, such as Bernd Koschland, had to leave their family behind in Germany. Some were never reunited with their families again. 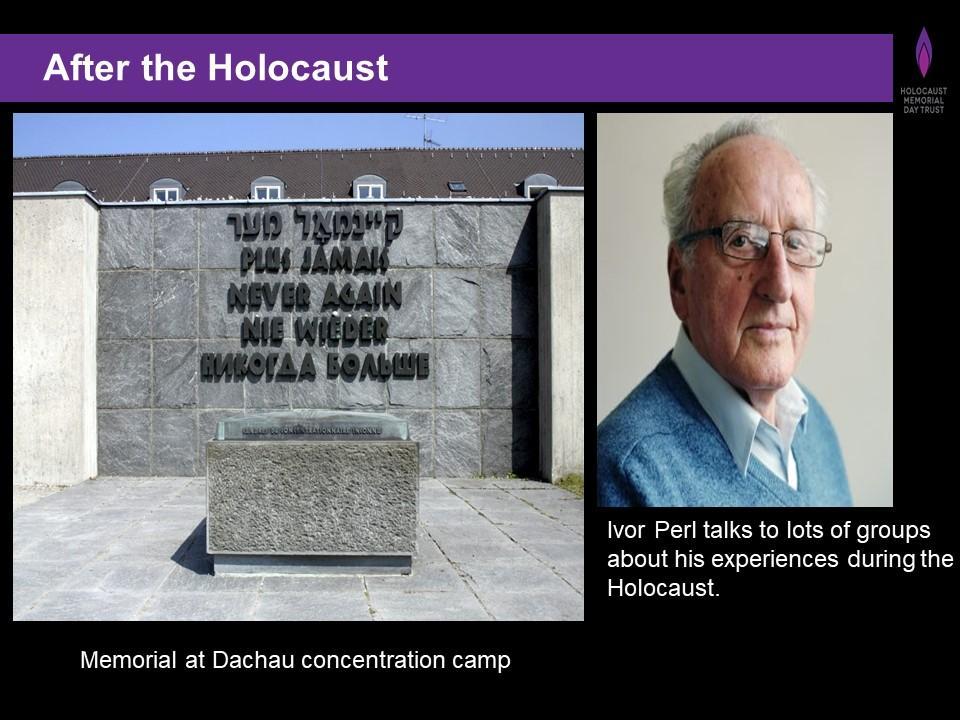 Leading Lights explained that the memorial at Dachau concentration camp has the phrase "Never Again" in Hebrew, French, English, German and Russian (the major European languages spoken during the 20th Century). There are some survivors who share their experience with others, in the hope that we learn from our history and never let this happen again. 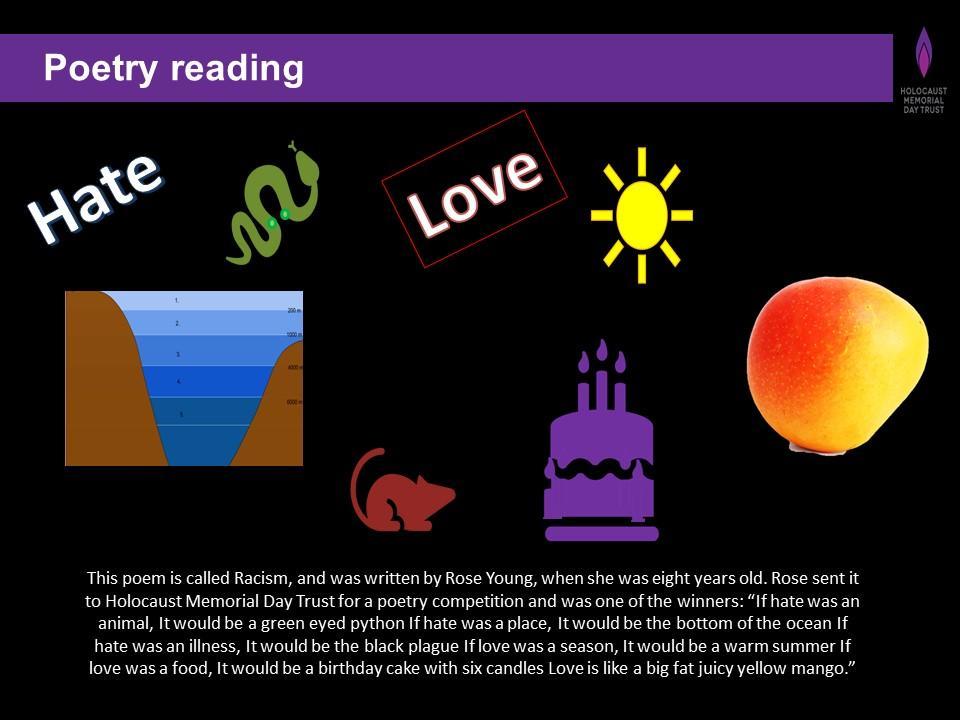 If hate was an animal, It would be a green eyed python.

If hate was a place, It would be the bottom of the ocean.

If hate was an illness, It would be the black plague.

If love was a season, It would be a warm summer.

If love was a food, It would be a birthday cake with six candles.

Love is like a big fat juicy yellow mango.