During this term Gloucester class have been writing news paper articles as if they were living at the time of WW1. They watched a short video clip showing 'The Christmas Truce'. This showed the class what happened on Christmas day 1914. 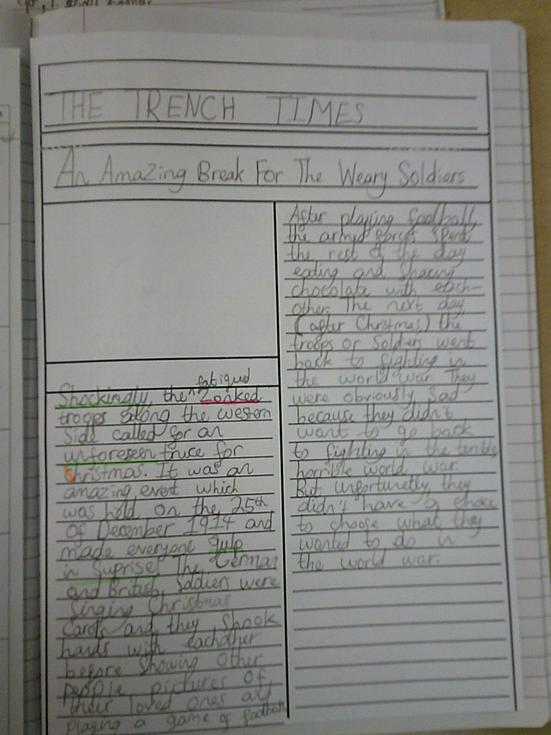 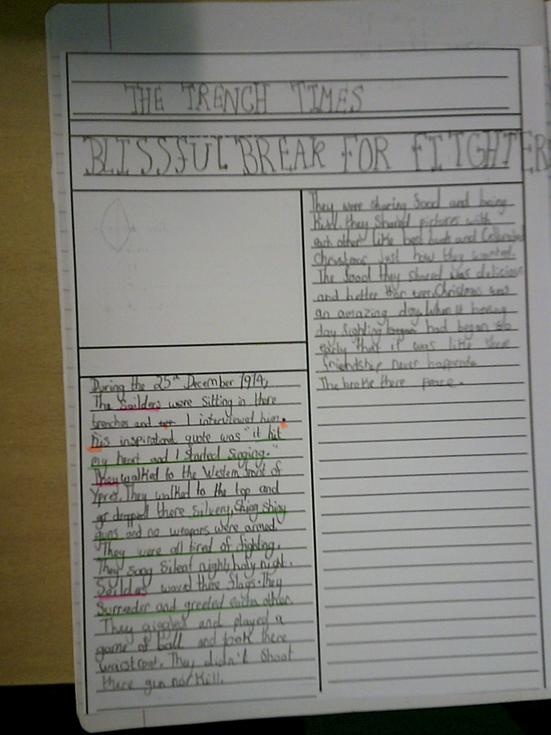 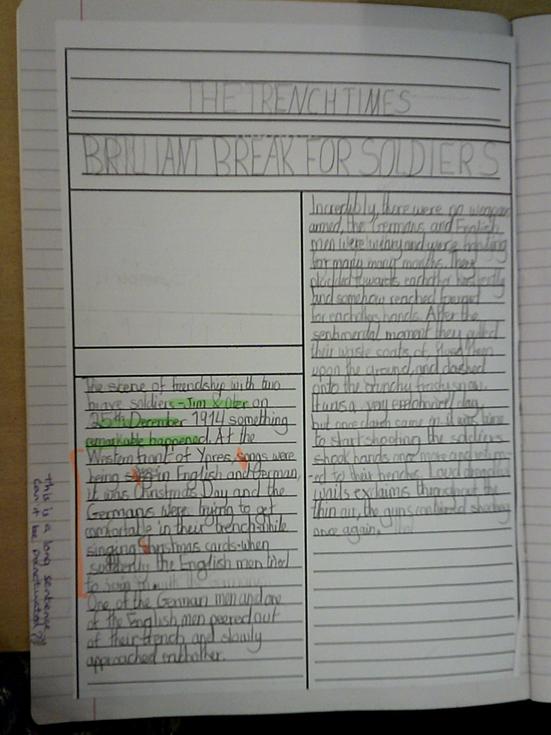 Using WW1 pictures and example letters from the soldiers during that time, the children produced some writing about the life of a soldier in the trenches they used their senses to imagine what the soldiers would have faced so far away from home. 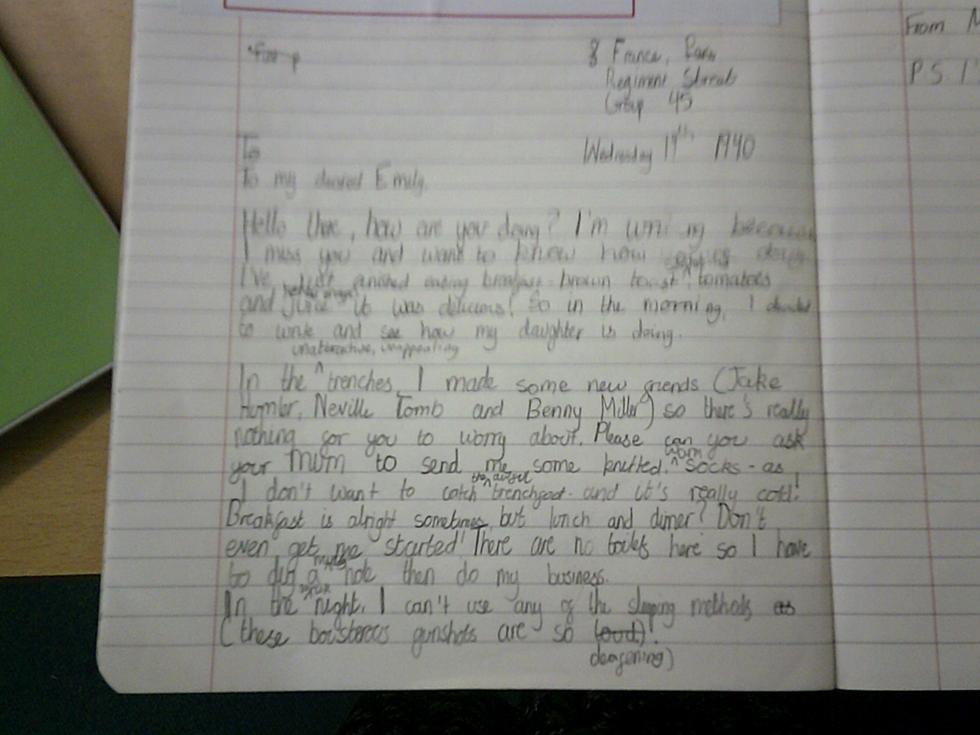 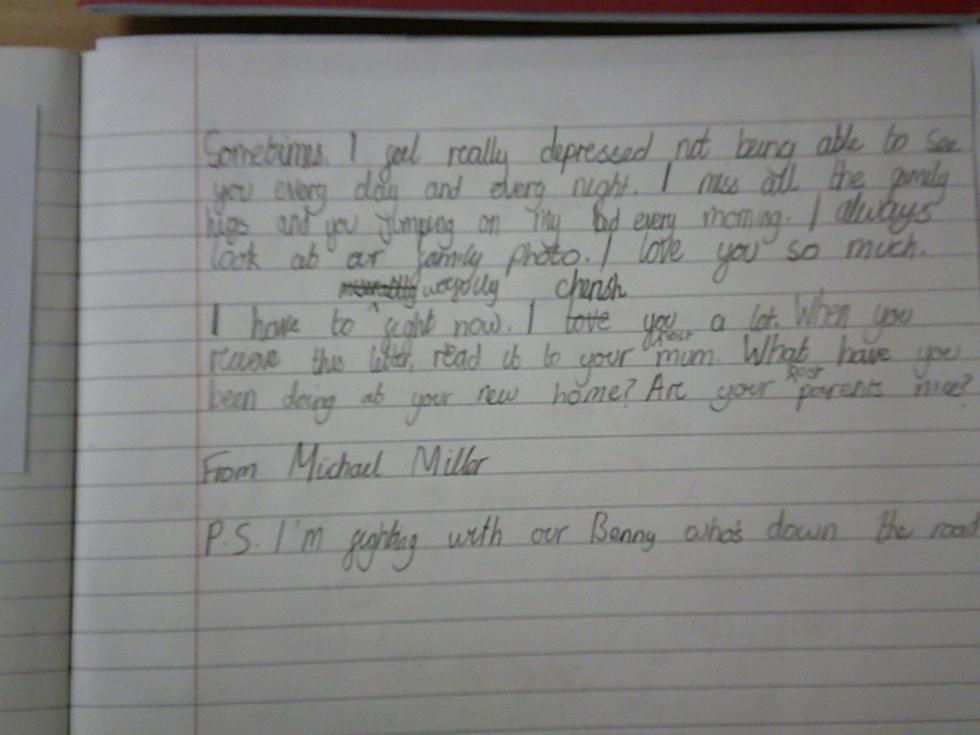 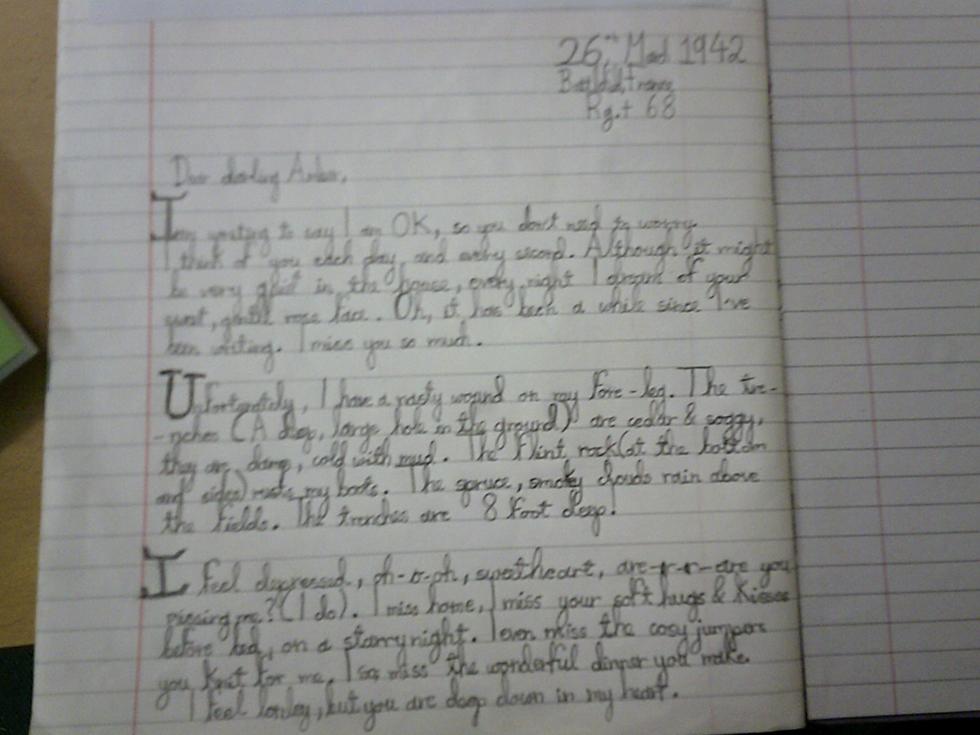 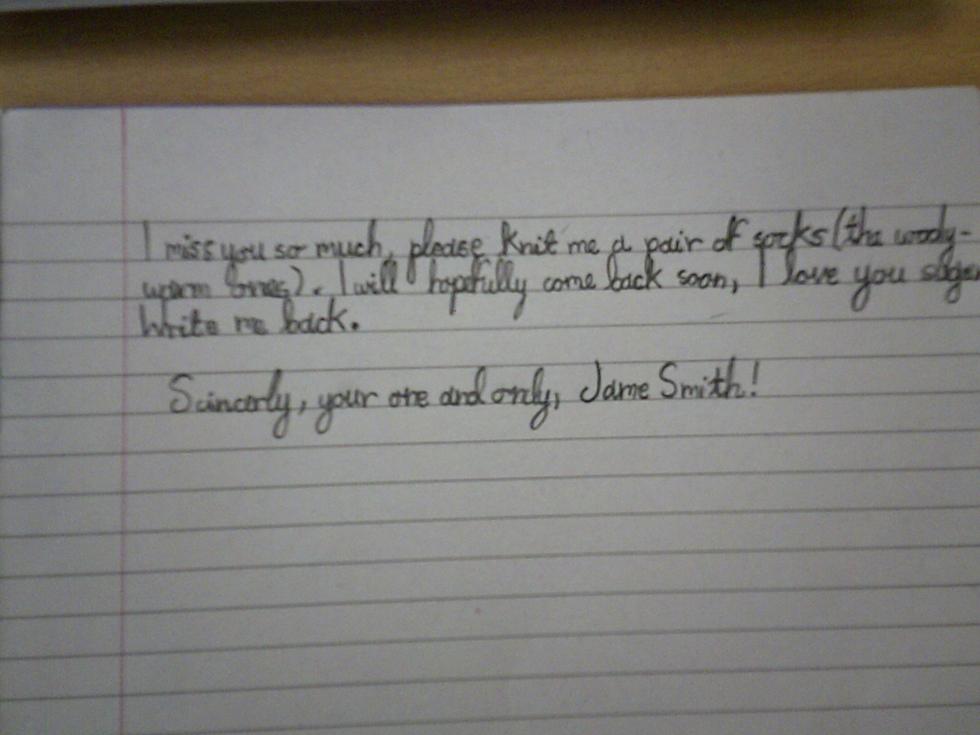 We have completed a lot of work in maths this term. Here are some of our multiplication and division tasks. We focused on the formal written methods and used one and two digit numbers to complete these calculations. 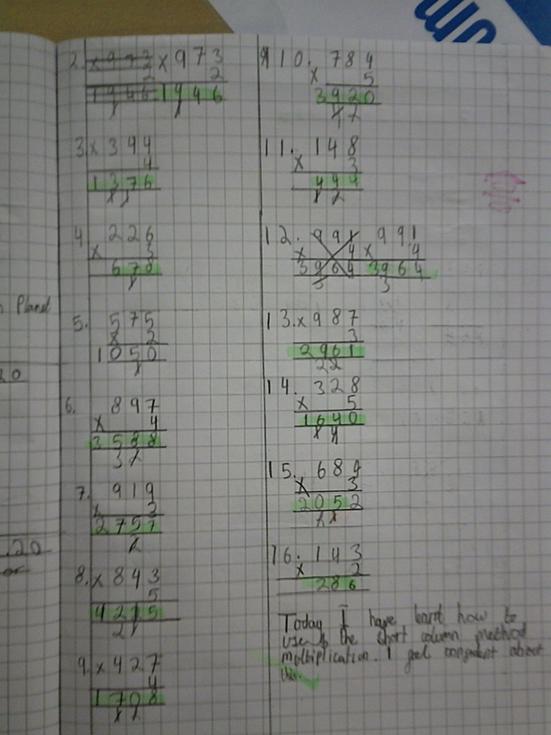 We have now begun our fractions topic and would like to show you some of our equivalent fraction work: 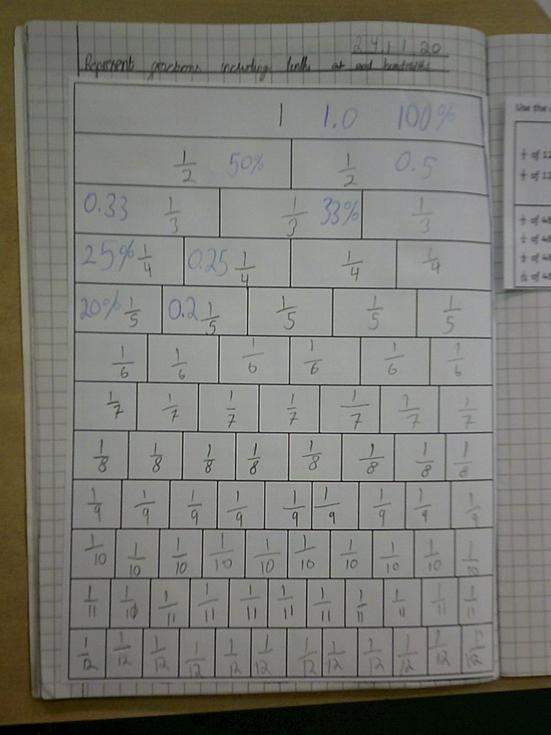 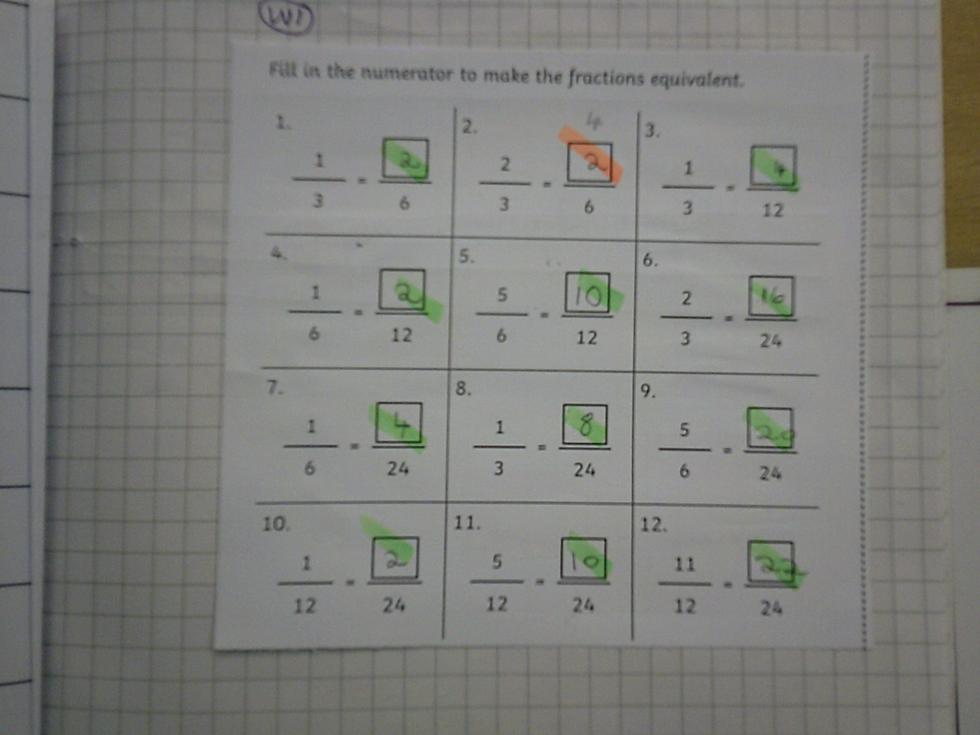 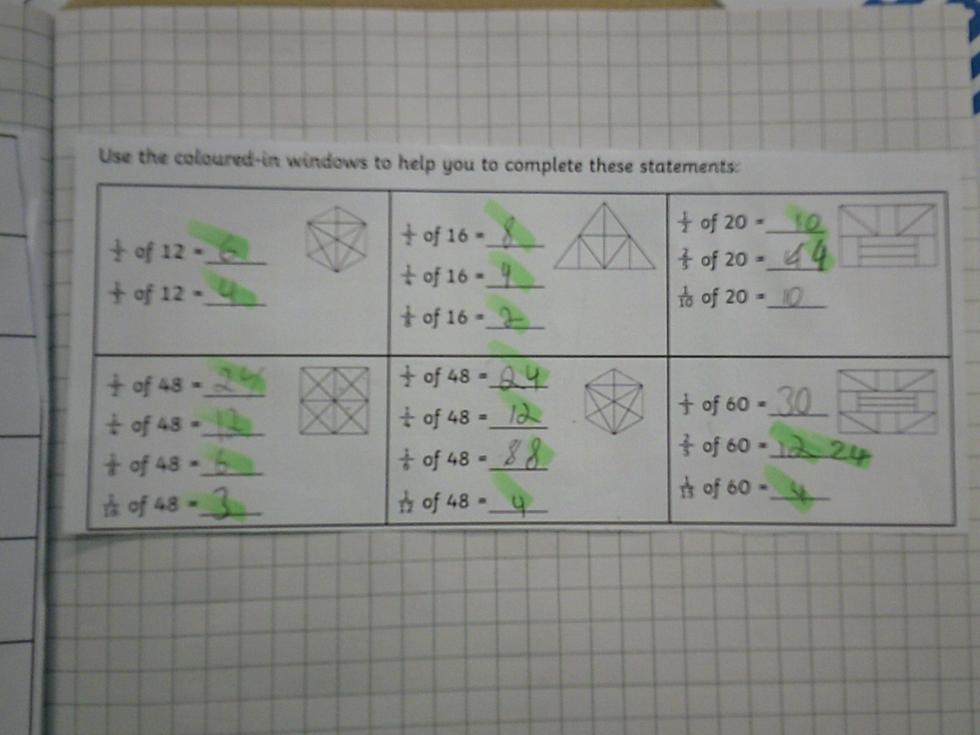 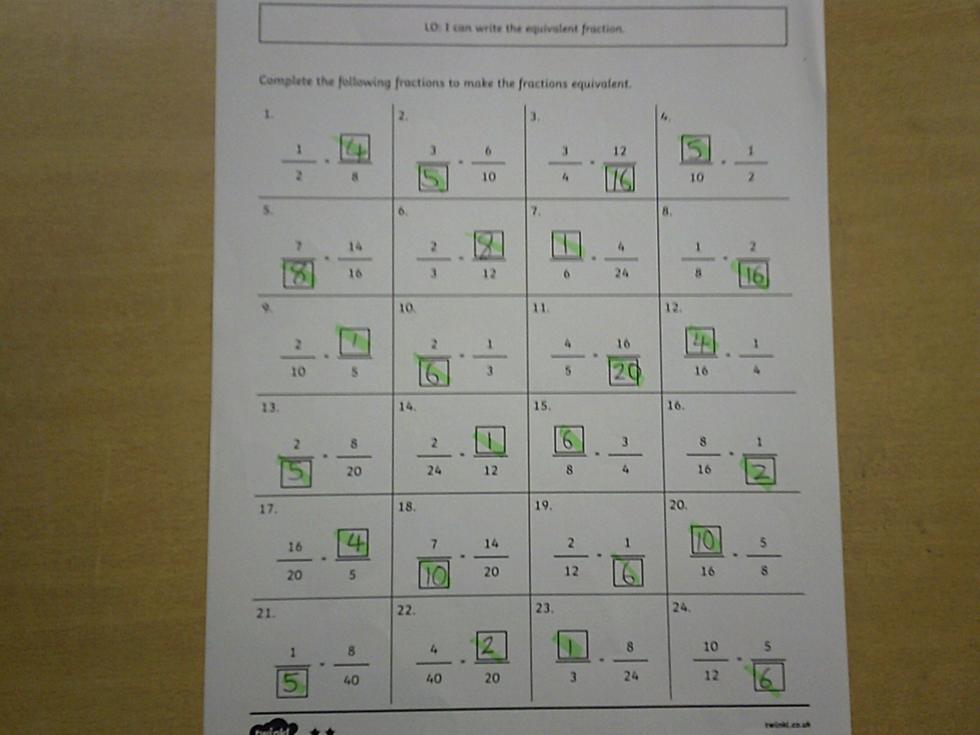 Our topic this term is Earth and Space. We wanted to find out how people found out that the earth was round, so we looked at scientific ideas and evidence. 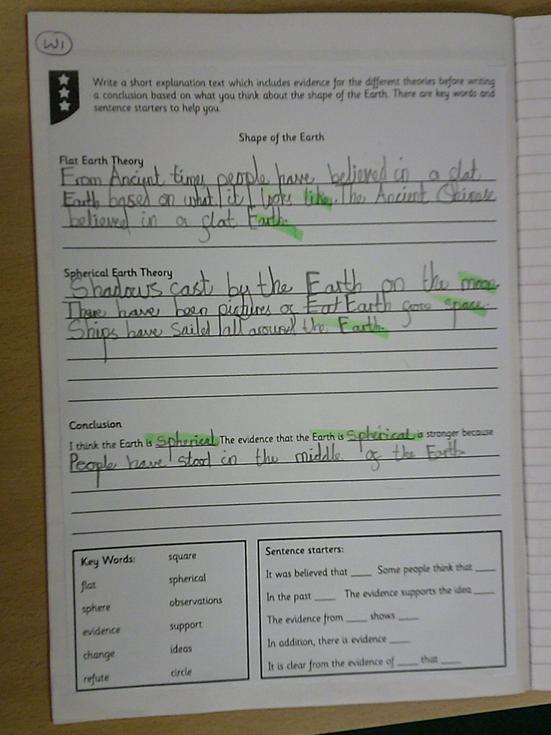 Also we wanted to find out why Pluto was not in our solar system any more.  While looking into this we learnt about how the planets moved around the sun and what features each planet had. 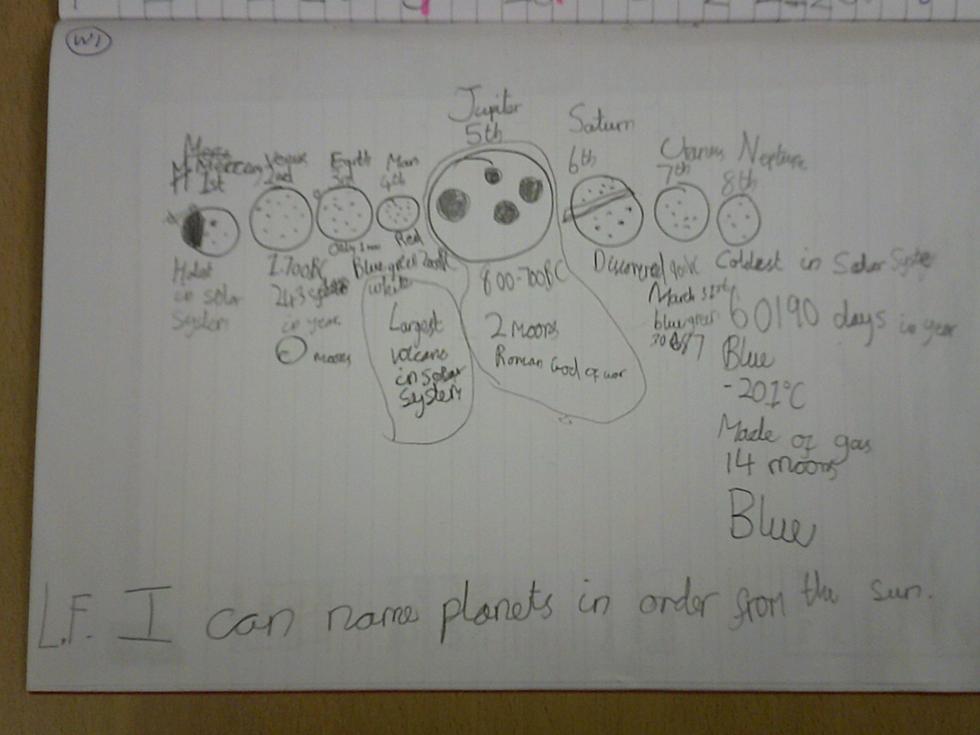 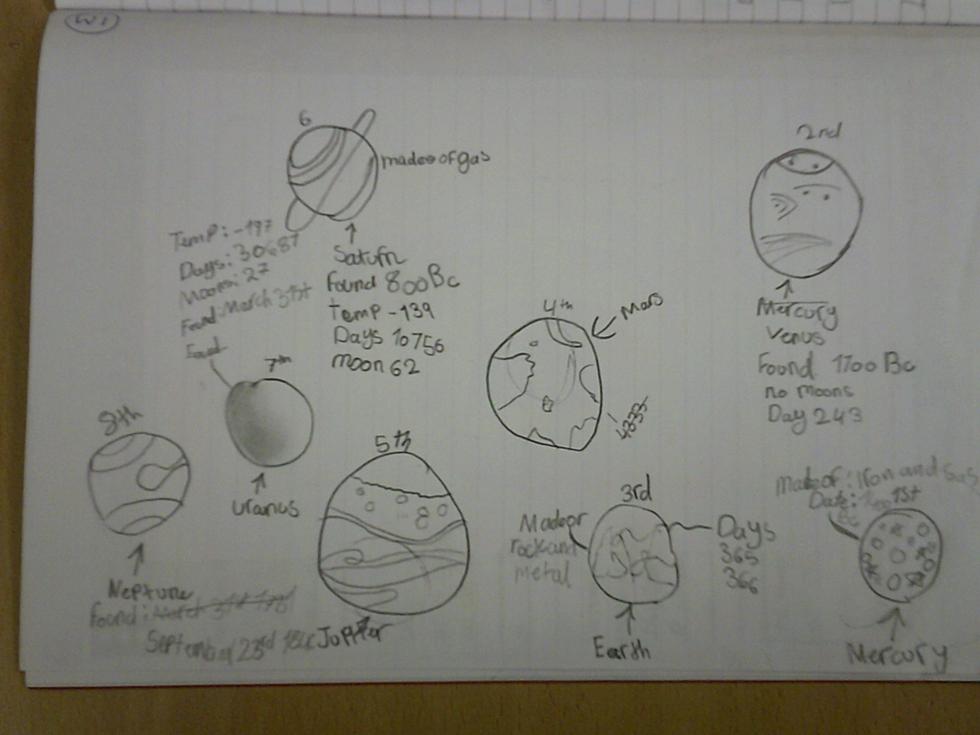 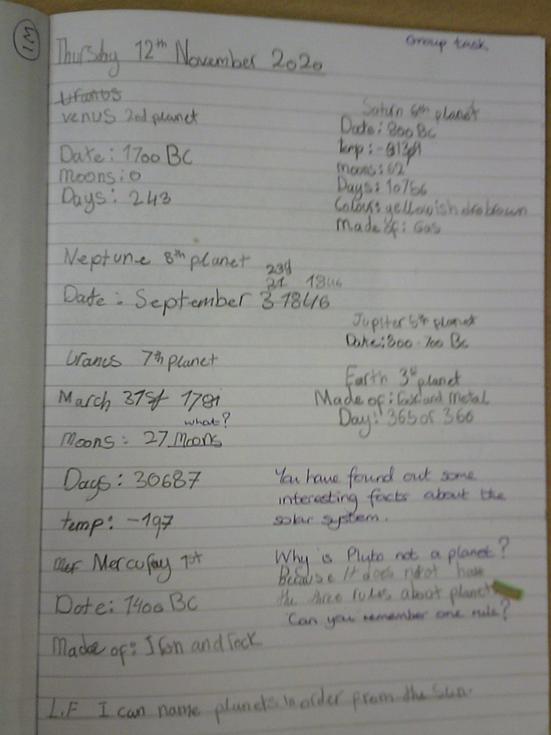 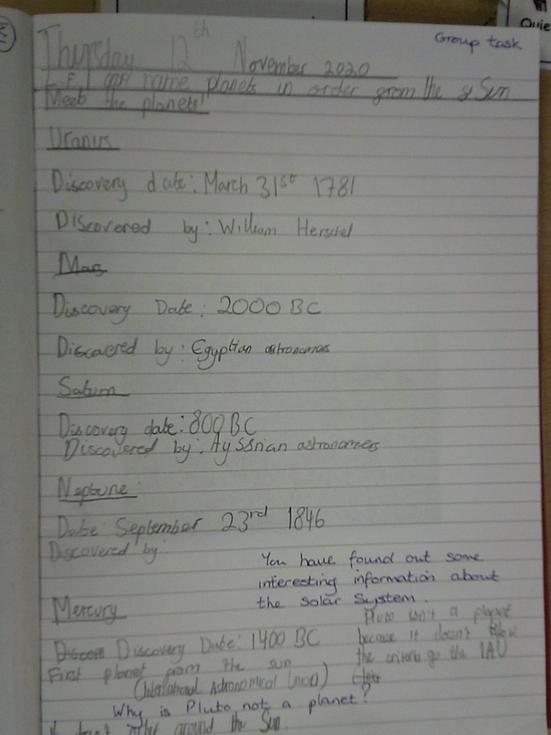 Incarnation is our Religious Education topic this term. We are thinking about the Messiah and the characteristics of prophecy and text. We wrote a radio advert to tell everyone that the Messiah was coming. Here are some of our scripts. 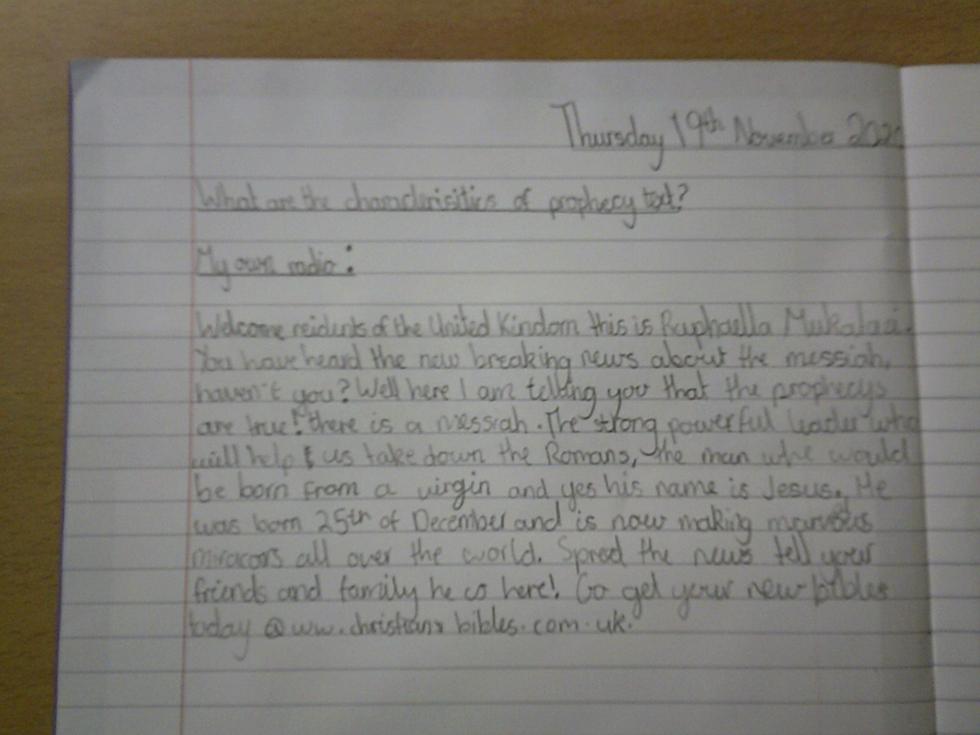 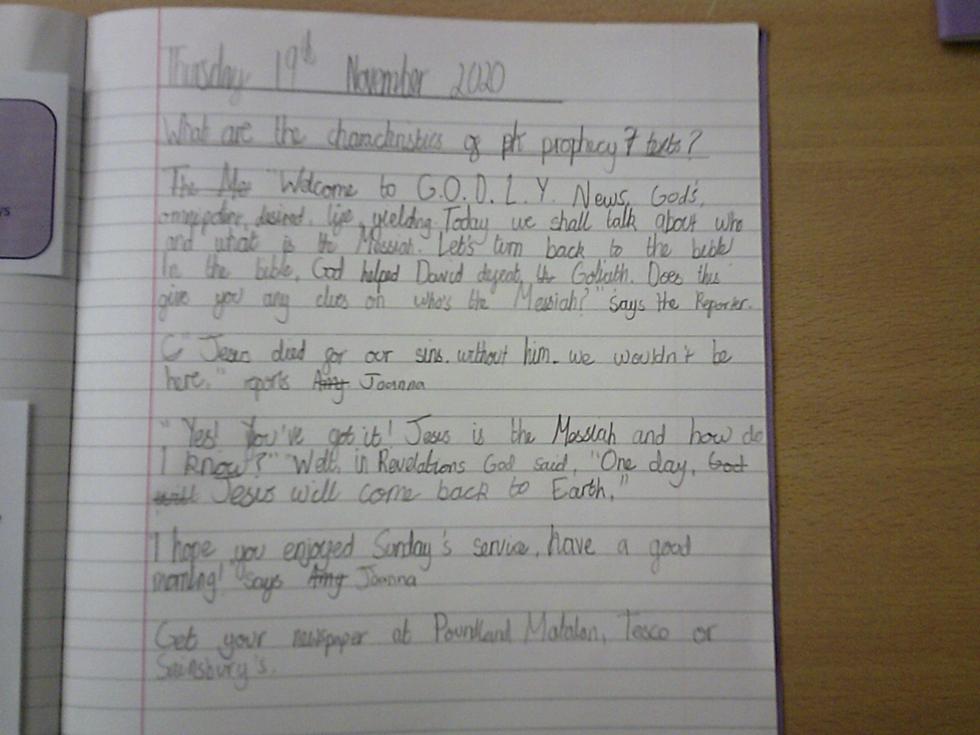 In 'Dig for Victory' we have discussed what it would be like to have been an evacuee during WW2. We listened to people who had experienced this and thought about how the families must have felt. 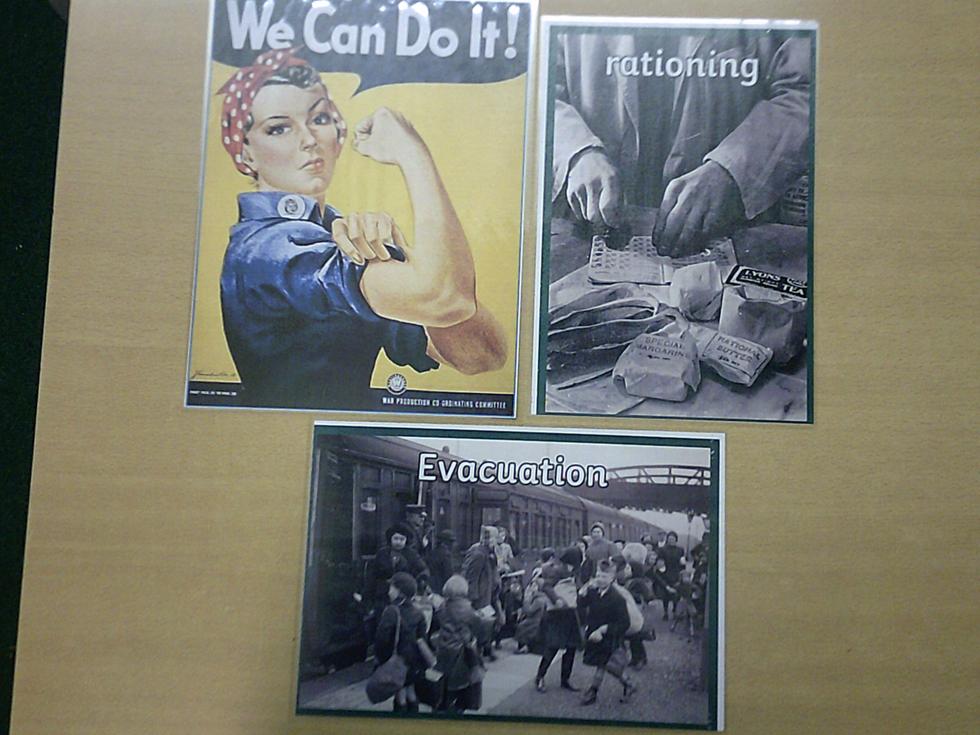 We also created a timeline for the events leading up to the war and beyond. Using texts, video clips and pictures we created our own letters home as an evacuee. 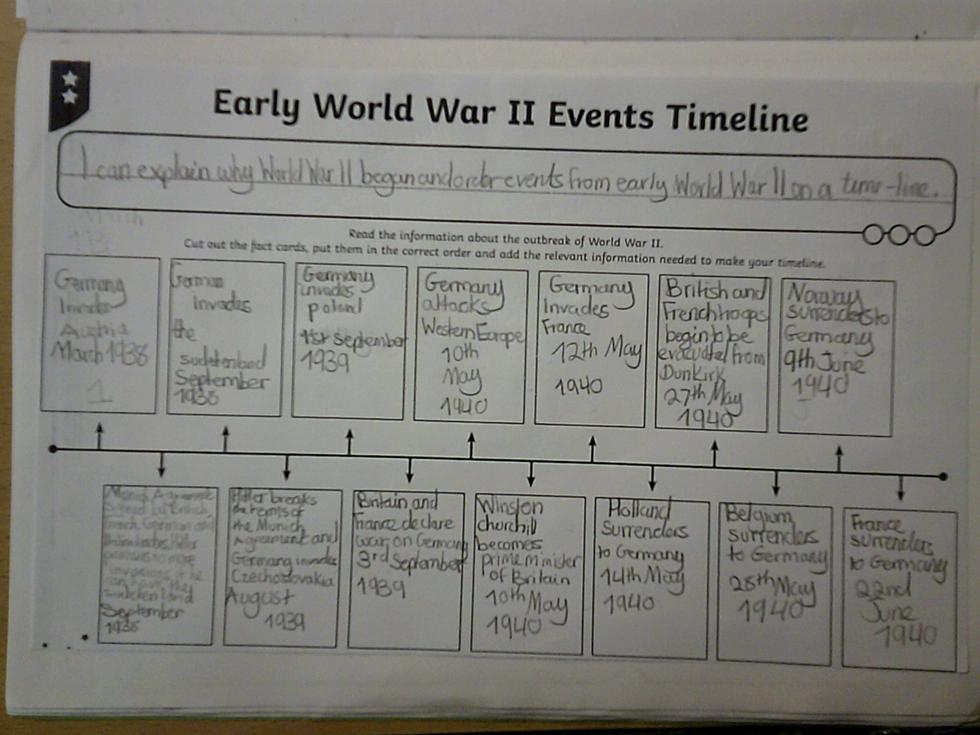 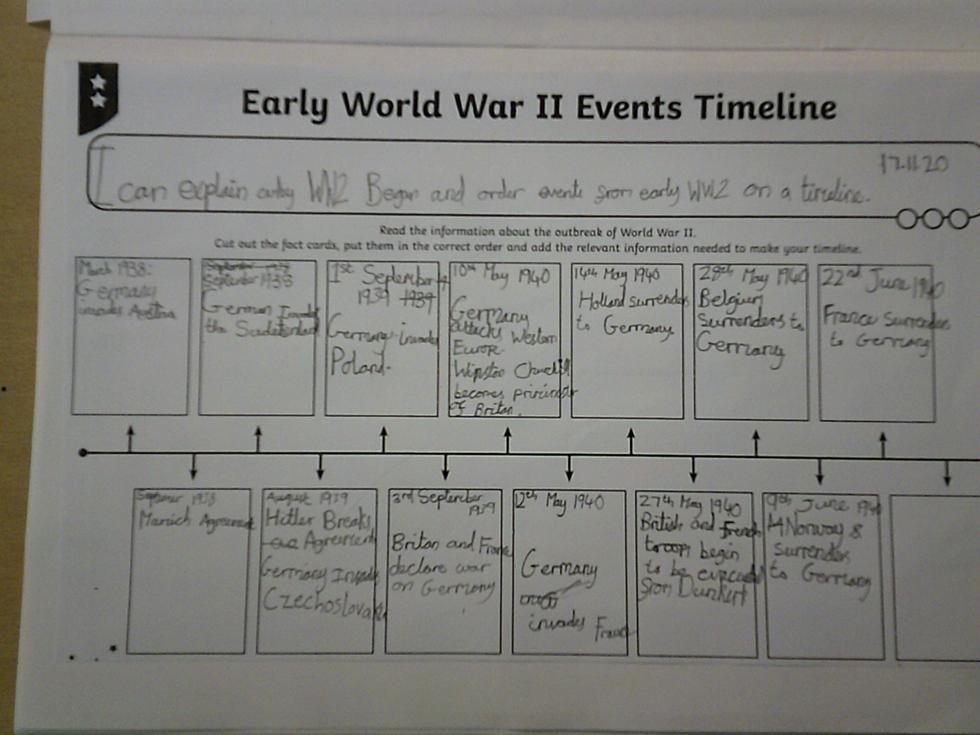 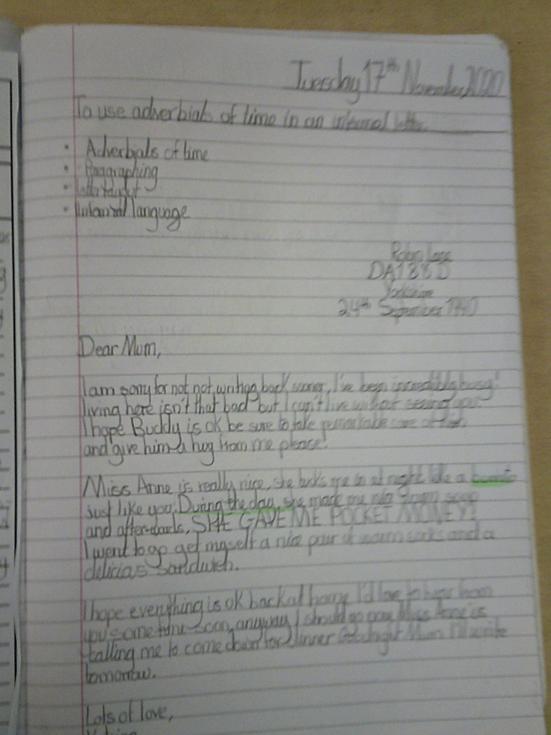 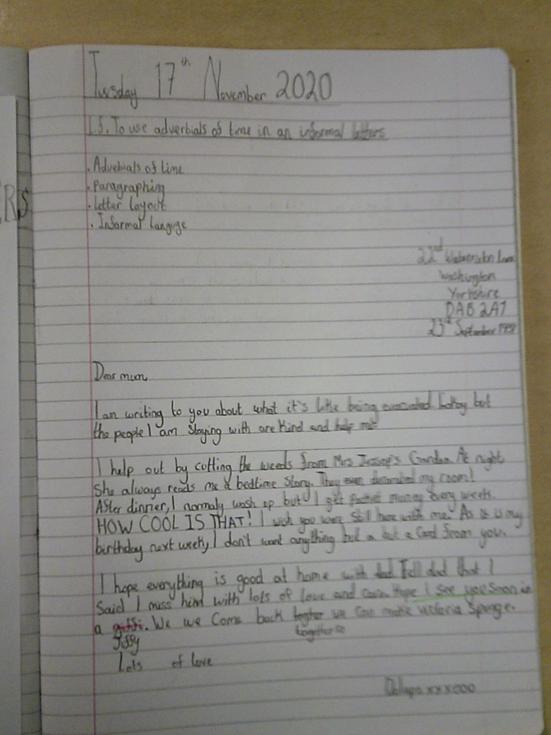