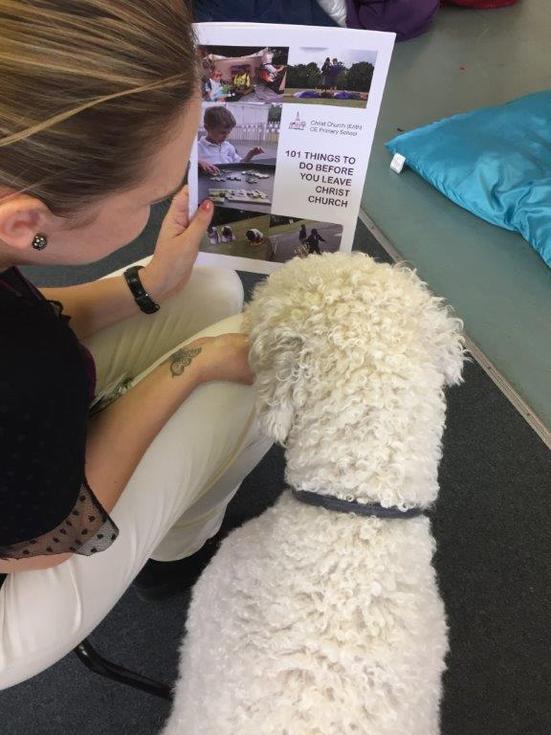 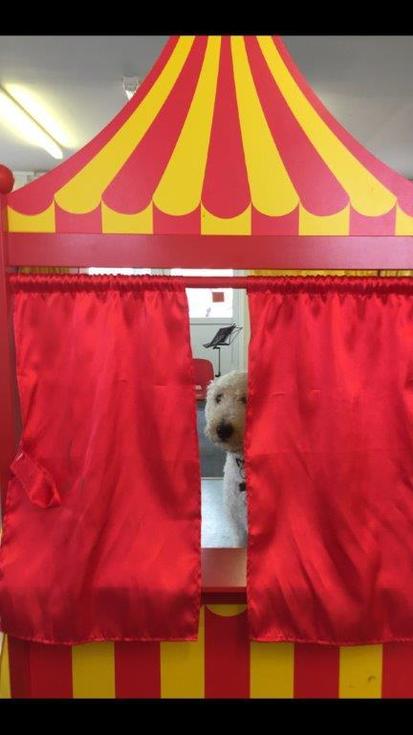 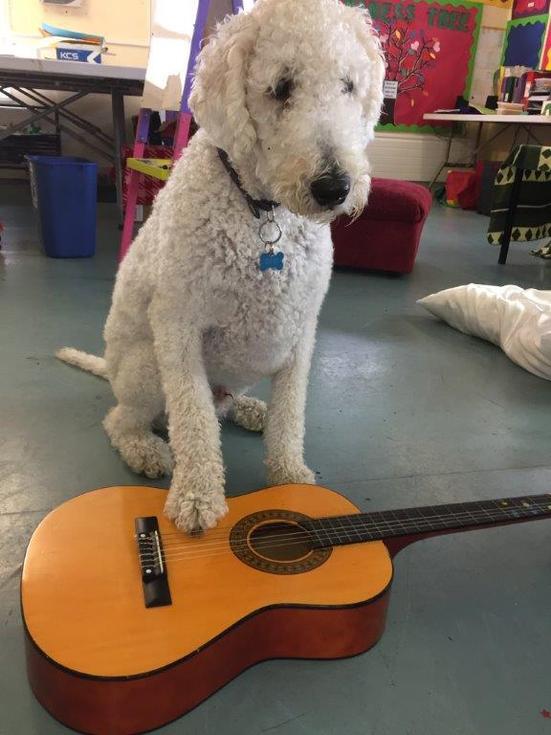 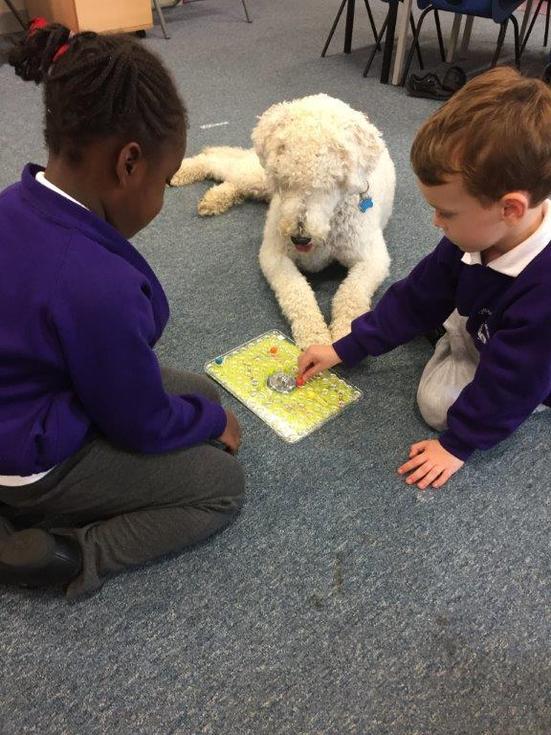 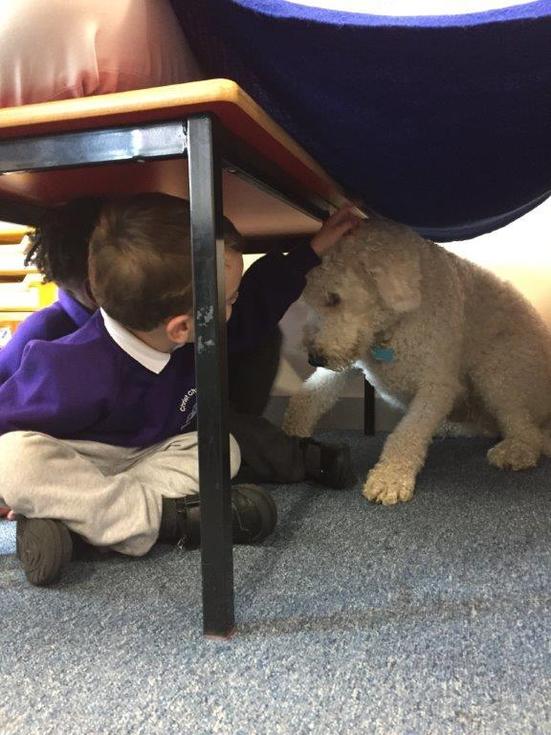 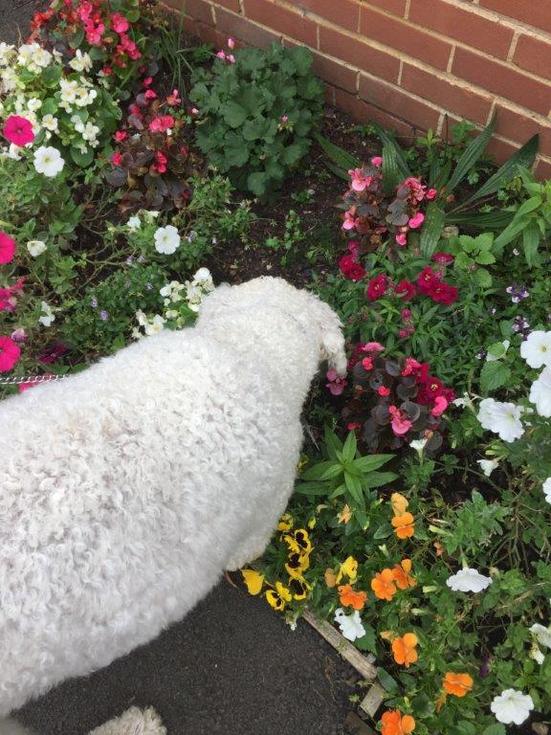 Otis and Mrs Manning looked at the 101 book together and Otis read the difficult words for her!!! Then they chose what challenges to complete.

After Hide and Seek Otis decided to take a musical interlude and he played the guitar. He loves playing Elvis Presley songs like Hound Dog and Old Shep.

Otis visited the new Reception children and taught them how to takes turns when playing board games.

Then he helped the children build a Den in the classroom. "Mind your head, Otis!".

Finally he planted some flowers....Only don’t tell Mrs Dodge, she likes to look after the  flower beds and won't be happy to see Otis's big paws in the pansies!