This half term Leicester class have been reading the story 1944 written by Tony Bradman during guided reading. We have also used a model text  to develop positive attitudes to reading stories set in a historical context. The story follows a young boy in 1944, who stays behind at the cinema to watch the newsreel about the latest battle in the North Sea where his dad is station on HMS Defiant. The problem is that he was late to pick his sister up from Aunt Marge's house. As he was leaving the cinema, the dreaded air raid siren blasts and he is forced into an air raid siren as the Luftwaffe drop their deadly bombs.

As he arrived at what should have been his aunt's house, he is confronted with a horrific sight of destroyed buildings and volunteers looking for survivors. We then used the similar structure to write our own stories based on what actually happened to Mavis (his younger sister). 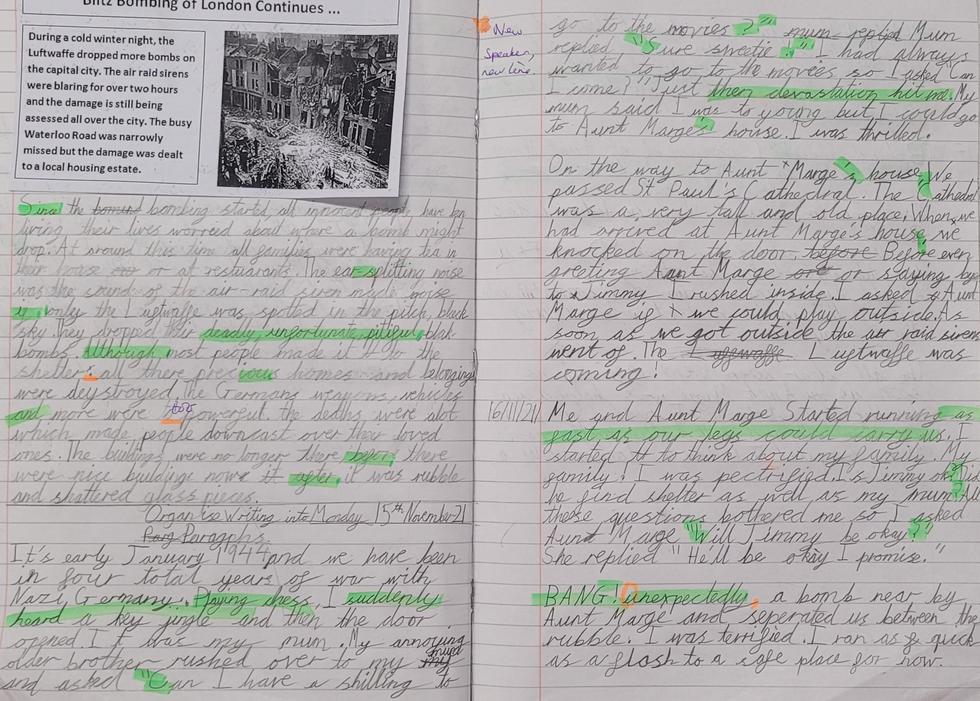 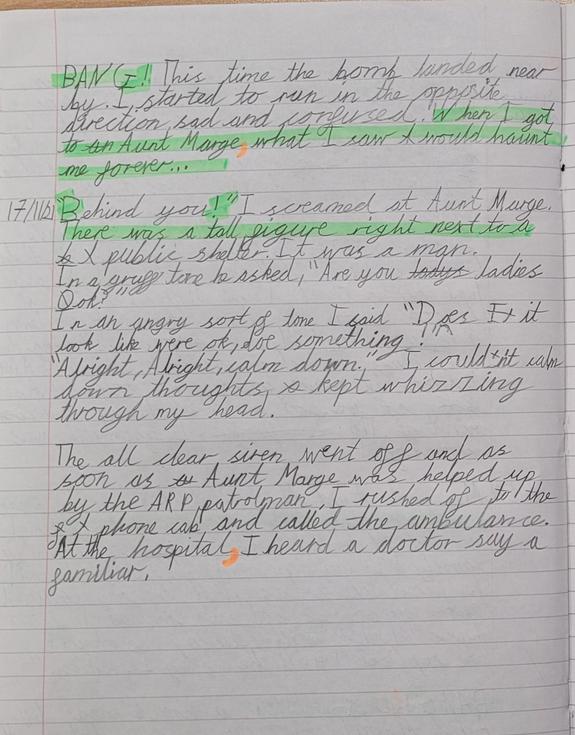 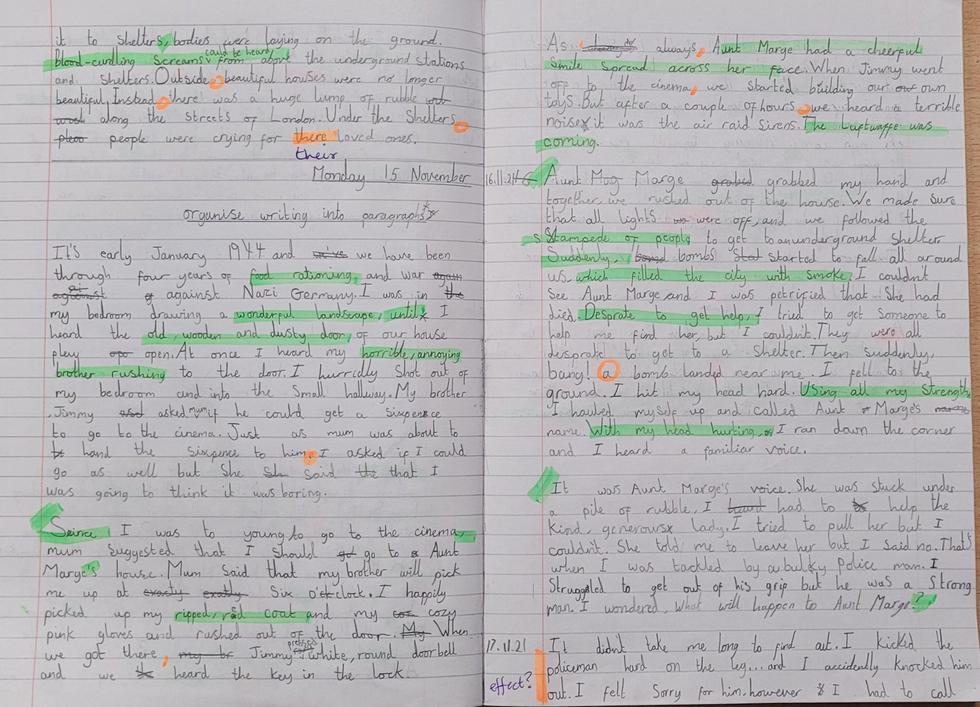 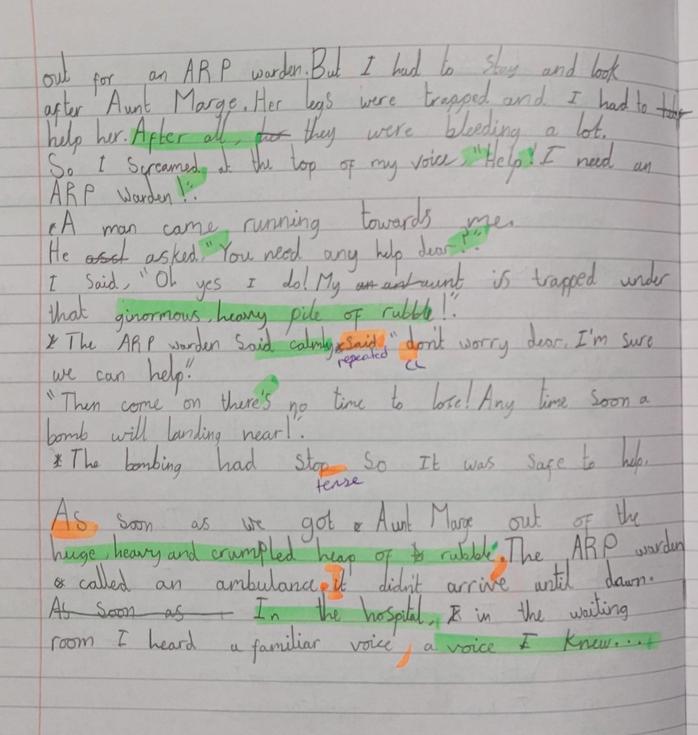 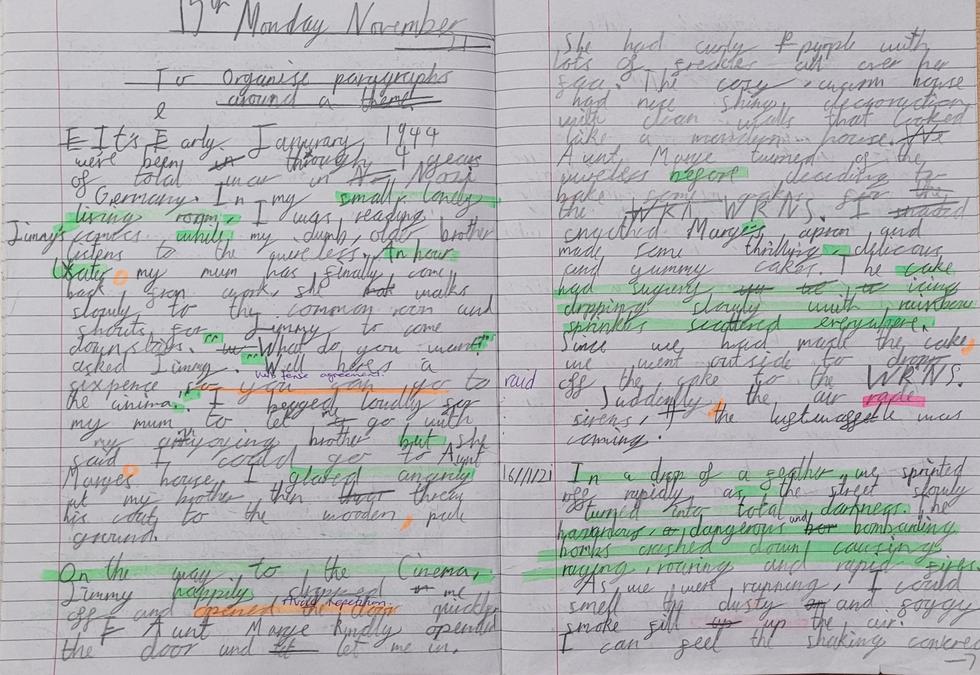 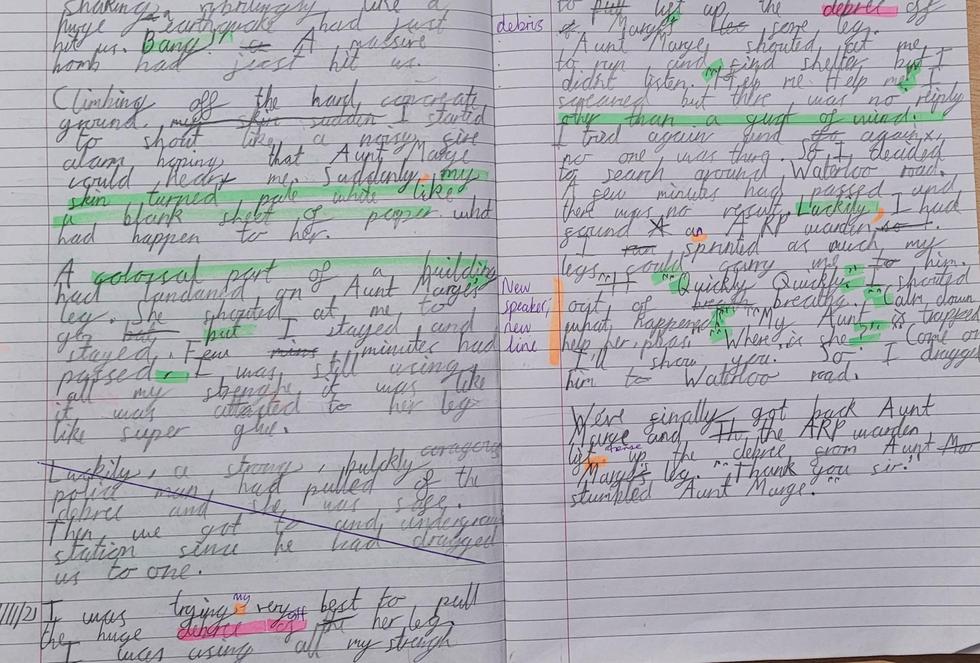 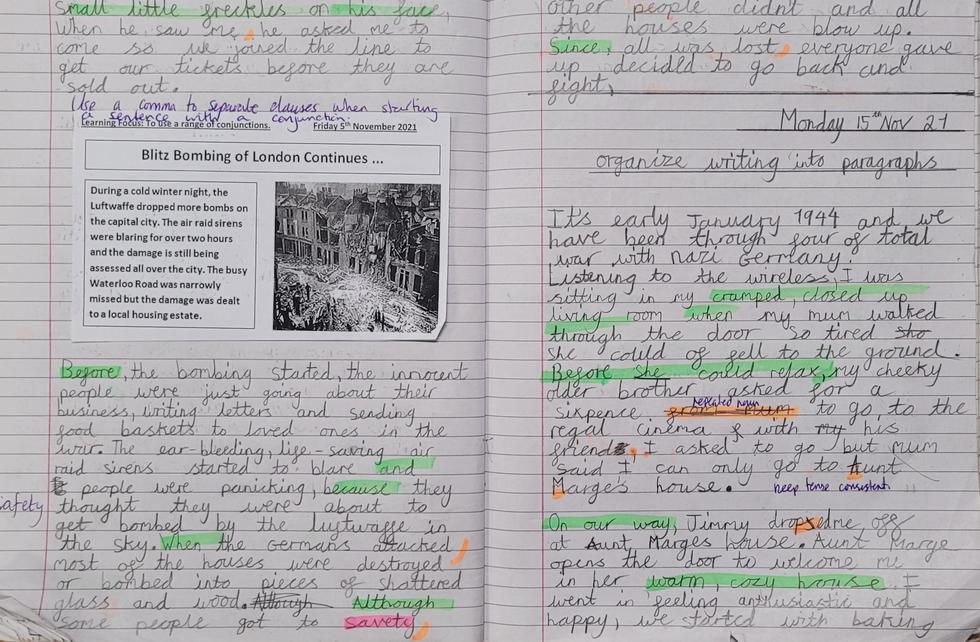