Jack Cornwell was only 15 when he joined the Royal Navy - and only 16 when he died less than a year later. The Battle of Jutland  was his first encounter with the enemy, and his last.

He was the youngest recipient of the Victoria Cross in World War One; the highest military decoration awarded for valour in the face of the enemy.

We talked about Jack and what kind of person we think he might have been. We also thought about his family and how proud they must have been of him.

We discussed why we think we should remember Jack... 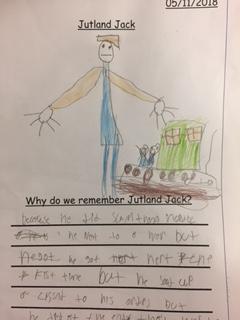 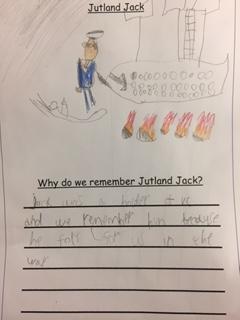 Who do you remember and why?