Welcome to St Paul’s November Blog! Keep reading to see what we have been up to for the last few weeks.

In English we have been working through our new text ‘1944’ which focuses a boy called Jimmy and what happens to him during wartime. We learnt the text in depth by acting and writing from different perspectives. We then drafted a story with a similar structure about a character from the Anglo-Saxons.

In Maths we began counting through negative numbers and building our understanding of rounding to the nearest 10, 100 and 1000. We have also been looking at problems in context and following two step operations to solve them. Most recently, we have been multiplying numbers up to three digits by one digit and looking again at counting in hundredths. We now know how to add and subtract fractions with the same denominator too!

In CCCS we moved onto our new butterfly ‘Sutton What, Sutton Hoo’, focussing on the History of the Anglo-Saxon period. We learnt about the Roman withdrawal from Britain and how the Anglo-Saxons invaded. We learnt about their culture, such as their chants using music and how they communicated using runes. We most recently looked at Roman and Anglo Saxon gods and goddesses and what they stand for to the people who worship them.

In science we have been busy creating circuits and understanding how energy is transferred. We made predictions about if a circuit was going to light the bulb and how to make the bulb brighter with more batteries. 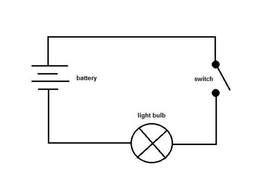 In PESHR we have been looking at a range of topics. After half term, we identified what is safe exposure to the sun and how to get a good night sleep. More recently, we have moved onto discussing types of relationships and what is important in a relationship. We have read and acted out various scenarios to give different people advice on their relationships.