Well its been another exciting half term full of surprises! But thankfully, finally, we can look forward to getting to see each other again in class.

There are so many exciting things to look back on from the last half term. Something that sticks out in the memory was the absolutely fantastic entries from the class for the Christ Church's Got Talent competition. I found it hard to pick who to put forward for the next round - and I didn't envy the job of Otis and Ms Ball in picking the winner. Once again, well done everybody who put their work forward.

There was been some really fantastic pieces of writing to look back on over this half term. We have been looking at a range of writing pieces. Non-fiction pieces included a recount, when we looked at writing a Newspaper report of the Roman invasion of Britain. In fiction writing we looked at poetry writing, inspired by the poem The Magic Box by Kit Wright. This was a personal favourite of Mr Loryman's! So many of the children rose magnificently to the challenge of what can be a tricky genre of writing.
On the theme of Romans, in the last week of half-term the children looked at responding artistically to a range of collages and mosaic pieces. We have, of course, been looking at the Romans over the last half term. We have been looking at Roman houses and looked at some of the mosaics that were found at Fishburne Roman Palace near Chichester. We looked at how the Romans created mosaics using small tiles of colour and compared them to some of the collage art pieces produced by famous artists such as Henri Matisse. We looked at his famous collage picture "L'Escargot". The children responded magnificently to the artistic challenge. Here are some of their amazing art pieces. 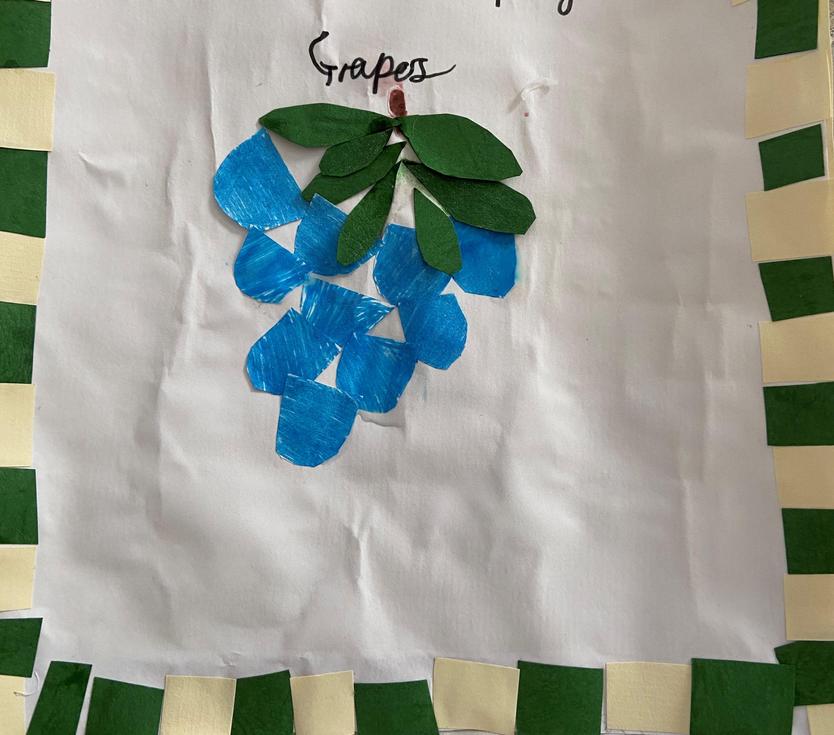 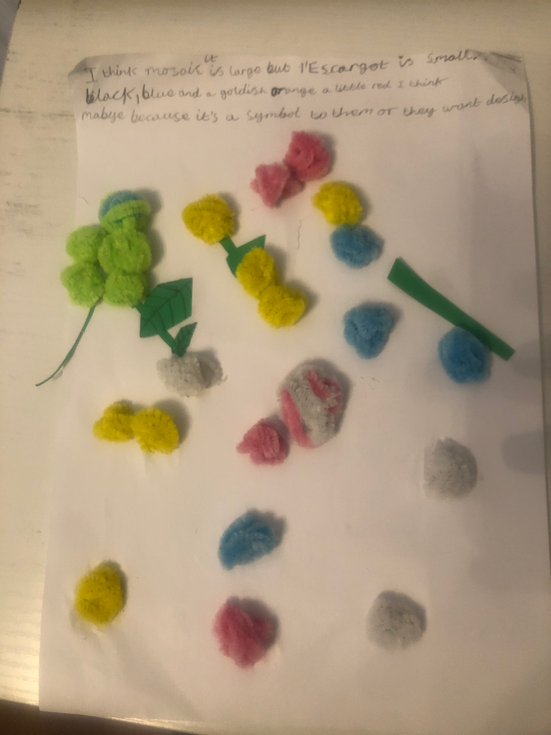