In RE this term, we have been looking at incarnation (when God came to earth in the flesh of Jesus). Over the term, Wells have been learning the nativity story, the characters involved and how we can apply lessons learnt from this story into our own lives.

To dig deeper into this unit, the class had to look carefully at the list of characters involved in the nativity scene and order them from 10 (least important) to 1 (mo 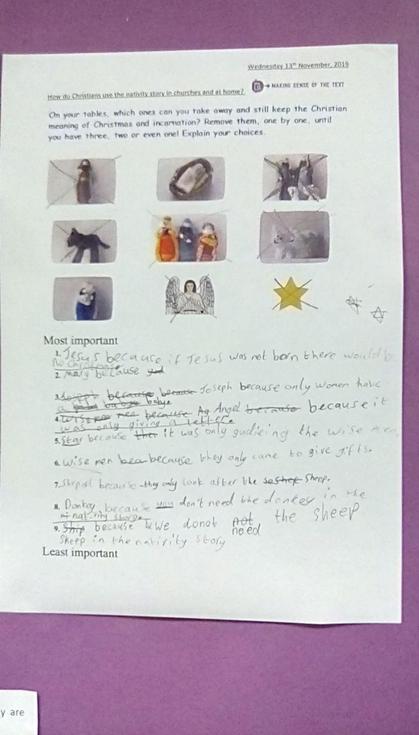 st important). The key questions was 'who could we removed without impacting on the importance and birth of Jesus. The children had to think of a reason for their choice which create a fantastic debate.

Overall, the class decided that Jesus, Mary and Joseph were the most important characters and that if they were taken away, the nativity scene would not have happened.

The least important characters were 'the animals, shepherds and the three wise men'.