In English, we looked at persuasive writing. We were tasked with persuading Miss Gilder to improve the book corner using a range of persuasive techniques, including rhetorical questions, rule of three and emotive language.

In maths, we continued to consolidate our learning throughout the year, applying a range of skills to solve problems in context. This included solving problems involving time and money using strategies such as addition, subtraction, fractions, decimals and using known facts.

In RE, we discussed the importance of Pentecost on the Christian's today. We explored what the bible teaches Christians about the birth of the church and discussed what it would mean to a Christian today to be filled with the Holy Spirit.

We continued to explore different states of matter, making a link to our geography curriculum; identifying the different stages of the water cycle. We created non-chronological reports about the four different stages of the  water cycle. As a class we were led to the question; what state of matter is a cloud? Is it a gas or a liquid? Well, we wanted to find out so we made a cloud in a jar. Turns out, clouds are tiny liquid particles that attach themselves to the dust particles in the air, it is only when enough form together to create enough water to form a rain drop that is starts precipitation. 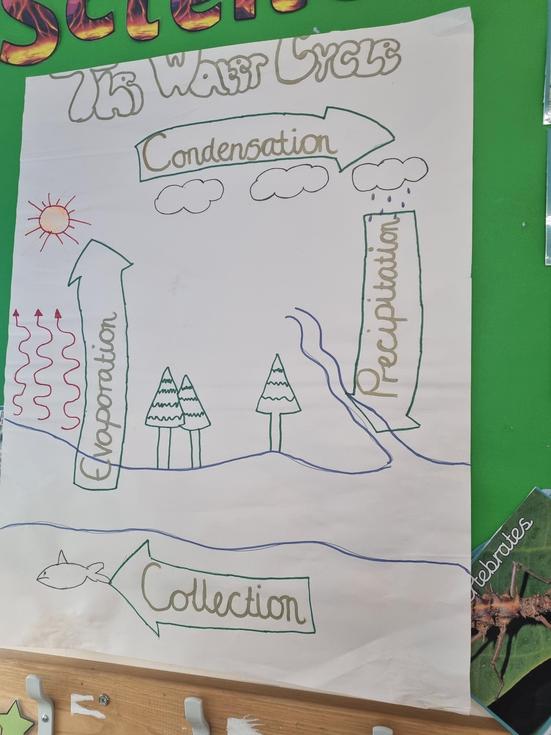 In CCCS we have been working on developing our skills through the use of different techniques using different materials.

We looked at different pencils and how they range from hard lead 'H' pencils to black lead 'B' pencils.

We learnt about how these pencils can be used to show a range of tones and textures when drawing.

Another material we have used is clay. Linked to our history work on the Anglo-Saxons, we learned that the Fish Roundabout links to the historic coat of arms of the town and it is made of  glass mosaics.

We thought about what we would replace the sculpture with if we could be in charge of the design. We chose something that linked to the discoveries from the Anglo-Saxon times such as Viking Longships, brooches or shields. We used a variety of techniques to mold the clay; pinching, rolling, joining etc.

Here are some of our models... 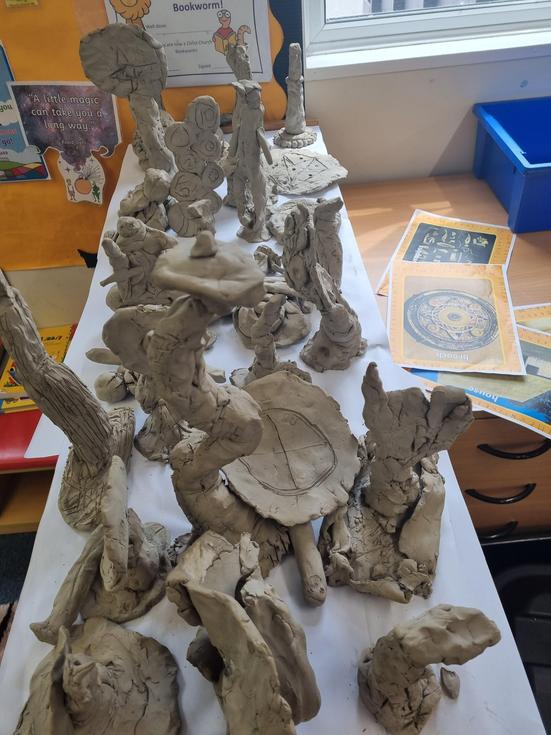