York's walk in the jungle.

In English, we began to look at the story 'Something Fishy', the story featured a lady who saw a glow from her washing machine and discovered that this led her into an unusual underwater adventure. She met nice sock fish and a scary pair of shark trousers. York Class innovated the story, where the lady then entered a jungle and they used their senses to describe the jungle. The children used their eyes to describe what they could see, their ears to say what they could hear and their hands to describe what they had touched. They saw a monkey with a long tail and bird with bright feathers and a crocodile with sharp teeth. The children wrote part of their story, which is now on display outside our classroom. 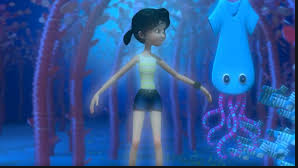 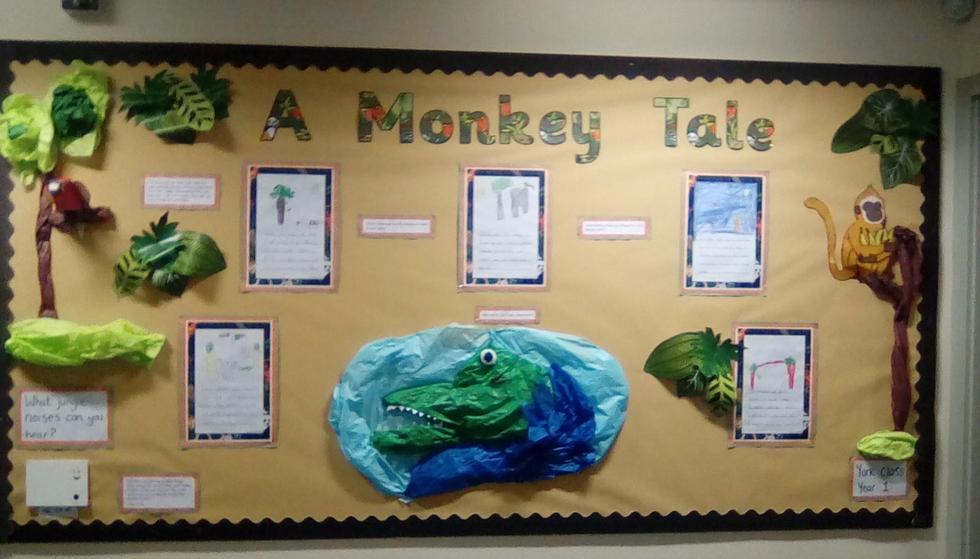 In Maths, York Class started looking at measurement. They discovered what capacity is and how to measure this, they poured water into cups to see if they could show a quarter full, half full, nearly full and full. Next we began to look at how we measure large items in the classroom, the children used meter sticks of one meter and began to estimate if objects were greater or less than a meter. Finally the children then looked at measurement in ingredients, the children used tablespoons to measure out an amount. They had great fun making their own playdough.

Our CCCS topic is 'Pudding Lane', which focuses on 'The Great Fire of London'. We discovered that that the fire possibly started in a bakers on Pudding Lane in 1666. The children of York Class have been discovering where the fire started and what happened next. We have looked at where London is and sequenced the events of the fire. The children painted a picture of the fire in a colour field style, using primary colours to make secondary colours. Next the children designed a vehicle that might have been used during the fire to help collect water from the River Thames. 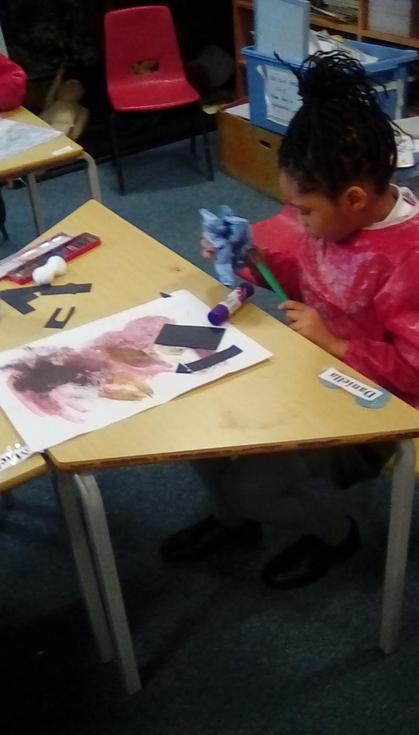