Leicester class had completed a unit of writing based on 'Myths and Legends'. Linking our writing to our CCCS topic of Viking invasions into Anglo-Saxon Britain, we looked at Norse mythology. We used a common tale that translates to 'Thor's Lost Hammer' to discuss the purpose of a myth as well as practise using fronted adverbials, expanded noun phrases and direct speech to develop characters, setting and plot within a story.

At the end of the unit we were able to apply everything we learned to create our own made up myth based on a different Norse God called Njord. 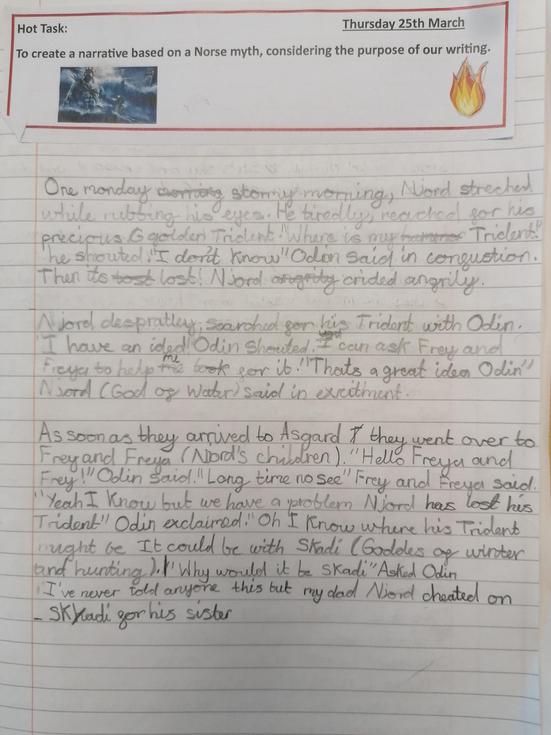 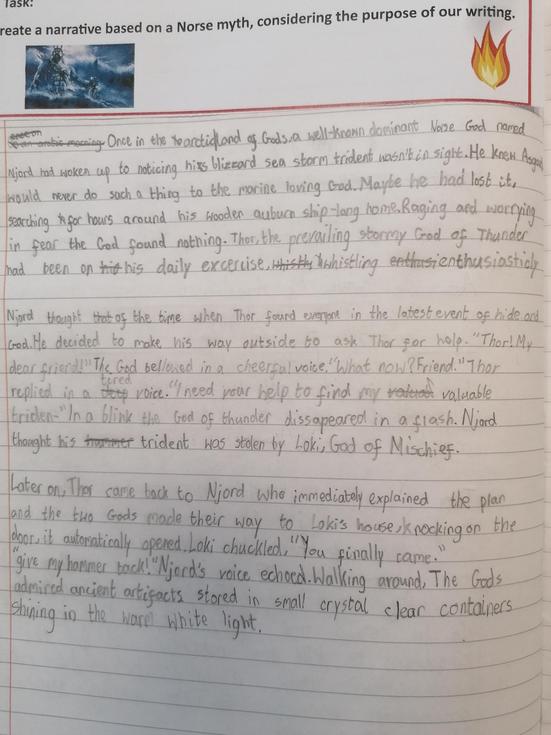 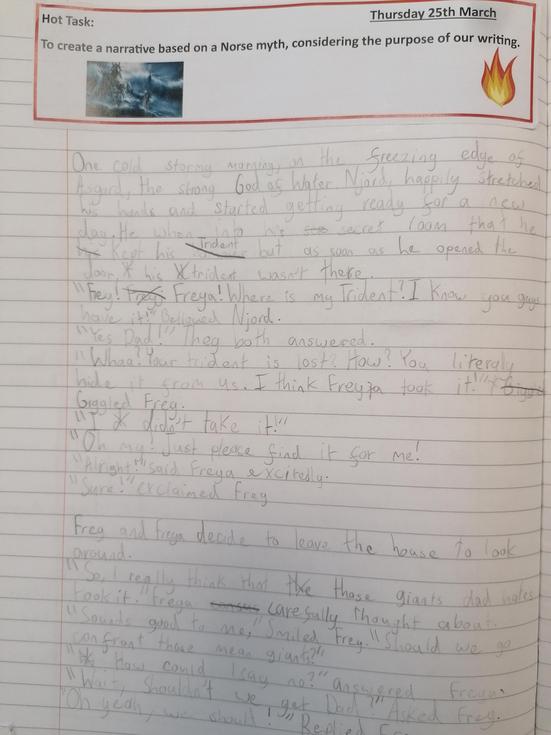