In English this half term, St Paul’s class have been using a model text called 1944, which is based on a day during World War Two. The main character, Jimmy, goes to the cinema with a friend, hoping to get information about his father, who is stationed at sea. Jimmy had promised to pick his sister up from helping the Women’s Royal Navy Service, however, as he is leaving, a blaring air raid siren began. He is forced to take shelter and as he returns to his house he can see it is devastatingly destroyed.

To learn the text, we wrote a diary entry from the perspective of his mother. We also used punctuated speech as we got into the characters of Jimmy and Frankie. We reimagined the story as if it were 1918, where the characters and the plot slightly changed. We then wrote our own stories based on and Anglo-Saxon character, as this is our History focus. The children had to plan their opening, problem and resolution before they wrote it. 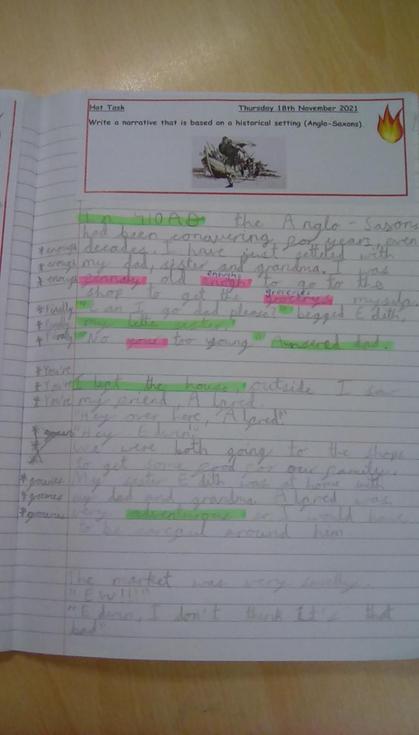 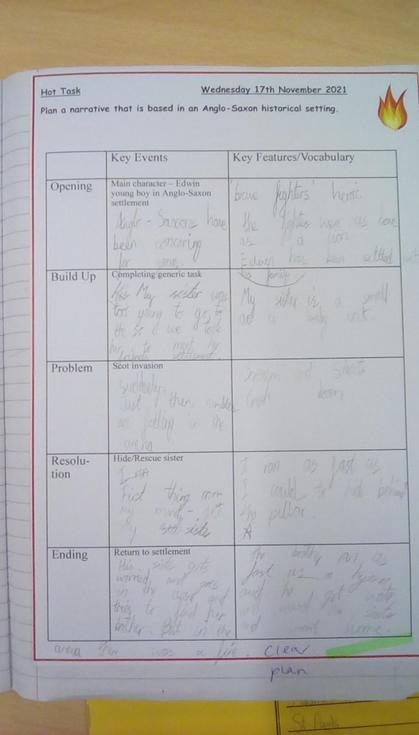 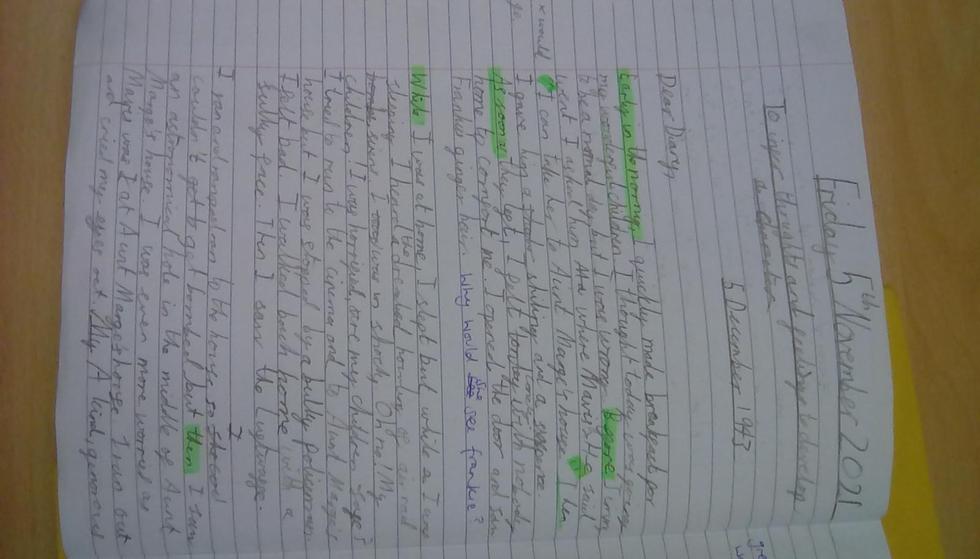 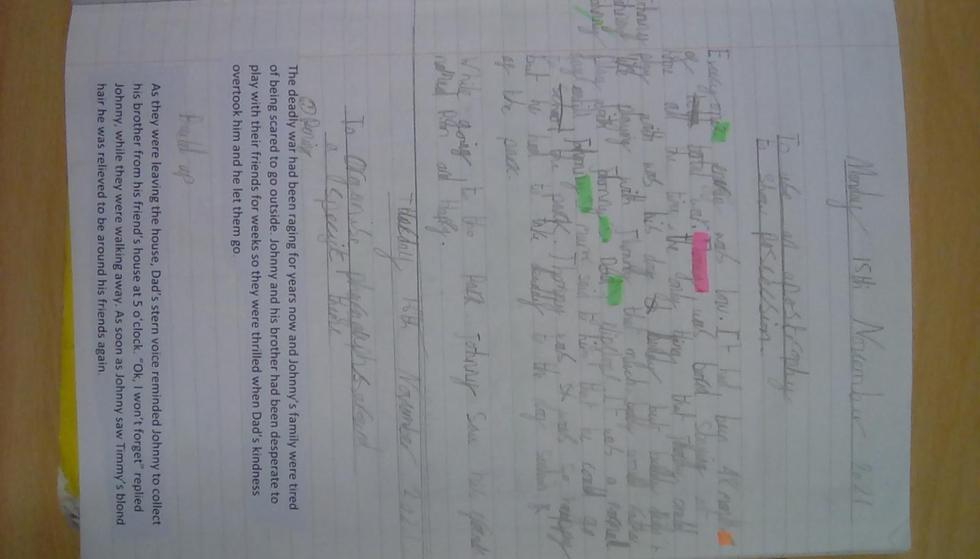