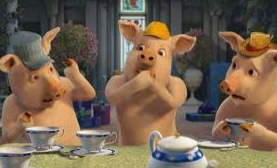 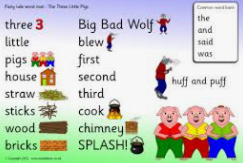 In York Class we have began to look at fiction and non-fiction texts, focusing on the differences between them. We looked more closely at fiction texts and through the story of 'The Three Little Pigs'. We looked at the language used in the story and come up with ideas of how we could change it. First we learnt what adjectives we could use to describe the wolf, we used words such as grey fur, sharp teeth and pointy ears. Next we innovated the character of the wolf and some of us decided that our new character would be nice and some decided he would stay mean. The children then planned their fairy tale including their new characters and finally they wrote out their complete fairy tale.

Here is some of the work they created.